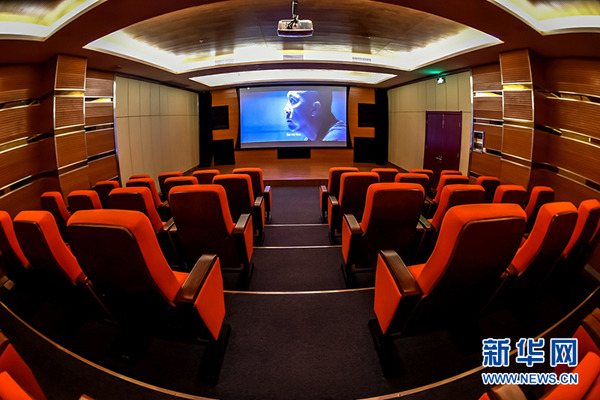 The import of Hollywood movies has influenced the development of contemporary Chinese movie market. China reformed its film industry in 1993, bringing about rapid development of the industry.

From 1995 to 2001, China imported 10 foreign movies every year. After joining the World Trade Organization in 2001, China increased the number of imported films to 20 a year. The figure was further raised to 34 in 2012.

From 1993 onwards, the Chinese film industry has realized a miraculous growth. Apart from the increase in the number of films produced every year, the annual box office returns in China jumped from 950 million yuan ($138 million) in 1995 to 45.71 billion yuan in 2016－58 percent of which came from Chinese movies. And the total number of movie screens in China has risen to 40,917, the highest in the world.

Foreign movies have not only influenced the Chinese audience's aesthetics and satisfied the demand of the Chinese market; they have also stimulated China's movie production business. They have played the catalyst in the transformation of Chinese movie production model from extensive to industrialized and high-quality products, and provided higher reference standards and better learning materials for Chinese movie makers in terms of technology, material selection and distribution.

Moreover, along with the gradual but steady increase in cooperation between China's movie industry and Hollywood, Sino-US cultural exchanges have become more frequent. Chinese culture has spread in the United States through an increasing number of Chinese cultural symbols, products and stories in Hollywood movies and TV shows.

Creating new requirements for film industry management, the emergence of new patterns in China's movie market has stimulated systemic innovations. In 2004, Chinese movies for the first time generated higher box office returns than Hollywood movies and have maintained that comparative advantage since.

The main reason the Chinese film industry has flourished and Chinese movies have made more money than Hollywood flicks is the government's policy which, among other things, limits the number of new foreign movies that can be screened in the country in one year, puts a cap on foreign investment in cinema chains and has zero tolerance toward movie piracy.

The Film Industry Promotion Law, which came into force on March 1 this year, however, signals the beginning of a new era for the movie industry, characterized by the rule of law. The government will now adhere to decentralization, combine tight and loose policies, simplify the examination and approval process for films, lower the barriers for entry to China's movie market and further standardize the market order.

The Chinese movie market is one of the largest in the world. The increasing number of Chinese-foreign co-productions has injected vitality into and helped the rapid development of the Chinese film industry. Chinese film companies and studios, on their part, are ready to participate in co-productions with foreign filmmakers and movie companies for win-win results.

The author Gao Wei is a fellow at the Center for China and Globalization and a researcher at the State Administration of Press, Publication, Radio, Film and Television of China.